Vera Arruda was a stylist from Alagoas, Brazil, born in the city of Maceió in 1966.

Since she was little, she had contact with the world of fashion, either designing her own clothes or creating costume jewelry to sell to her friends.

In addition to being a born artist, she was also a very beautiful woman. At the age of 20, she was elected Miss Alagoas, making her one of the contestants in the 1986 Miss Brazil contest.

Because she was so beautiful, she had the advantage of being able to use her own body to parade and photograph her clothes.

Her career as a designer, despite having achieved great success, did not start easily. Arruda had the beginning of her career at a time when Brazilian fashion was trying to fit in with international fashion, which showcased concepts such as minimalism, geometries and androgeny. Coming from the northeast of Brazil, a region rich in local culture, her work was completely different from what was seen in the fashion of the time, her clothes were colorful, full of embroidery, knitting, crochet, fringes, jeans, lurex and so on.

The difference between what was produced at the time and what Vera produced was so great that she was accused of misusing Brazilian folklore. However, such resistance to her work did not last long, and little by little, more and more Brazilians, famous or not, became interested in her clothes.

She also helped spread the Kitsch style in Brazil. In addition to working for her own brand, Vera even made collections for Rosa Chá and Ellus, as well as various costumes for Brazilian personalities.

Another important milestone in Vera’s career was her being part of the Phytoervas Fashion Awards (which would later become São Paulo Fashion Week, Brazil’s most notorious fashion week) in 1998. Without a sponsor, she covered all the costs of the development of her collection, which made great use of embroidery and other forms of handicrafts. The expense was worth it, and Vera drew everyone’s attention with her fashion show and, especially, with her Brazil dress, made of silk fringes tied in filet with tapestry knots forming the Brazilian flag.

Shortly thereafter, she opened the Brazilian Fashion Week in New York with the Brazil dress, which was voted the best piece of the year 1998.

Her work gained prominence by using the colors of northeastern Brazil, Brazilian handicrafts and even cheaper fabrics, such as the cheetah (which started to be used in clothes because of her), to transform women into queens.

Vera, unfortunately, died in 2004 due to cancer in the thymus.

Vera Arruda’s brand still exists and is run by her husband and sister, who is also a stylist. 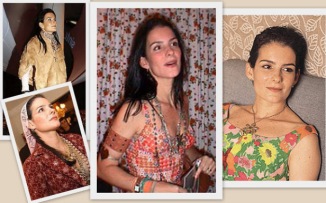 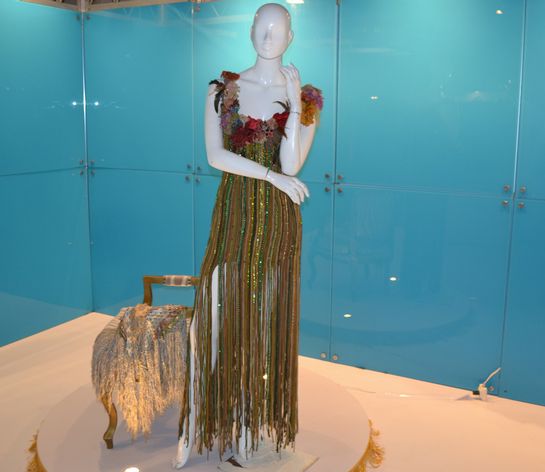